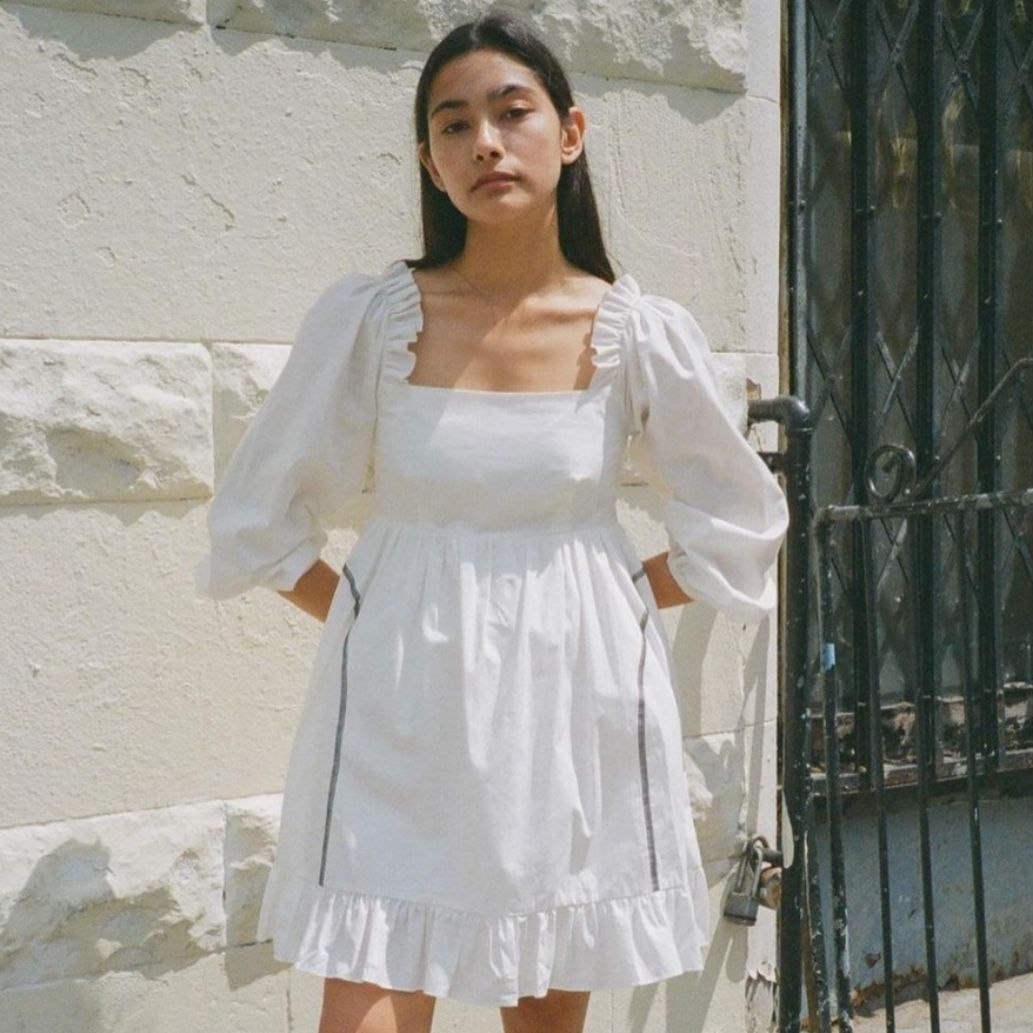 We chatted with Nadine Elise, a model, actress and San Diego native who channels her background in art and history into a constant stream of inspiration. She talks to us about her perspective on the fashion industry today, the importance of diversity and not to be afraid to collaborate with other creatives.

I live in San Diego, California. I was born here but in 2007, I moved to Atlanta, Georgia. I was living with a family who decided to place me in guardianship. I went to high school out there and graduated in 2011. I went to West Georgia Tech for 6 months until I had to drop out due to financial reasons. I used to sneak into lecture halls. A lot of my friends went to Georgia State and if we were hanging out and they had to head to class, I would just go with them. I was just trying to hustle after that. One thing I did do was take commercial auditioning classes at the Alliance Theater in downtown Atlanta. I did that for 3 months and that was the last time I took a formal class.

My grandmother is from Japan, my father is from Mexico, and my grandfather is from Michigan (his family originates from Ireland). This is really common in San Diego because apart from being very multicultural, it’s a huge port city, and there’s also a navy base here. My grandfather was stationed in the navy in 1968. He met my grandmother across the sea, they got married in San Francisco and moved out here. 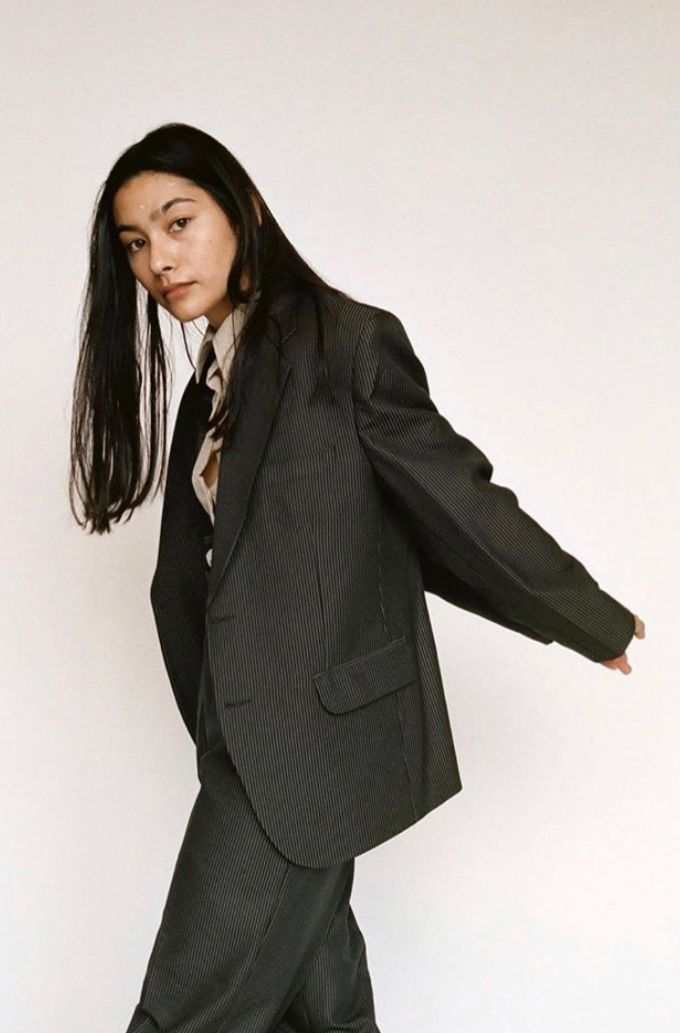 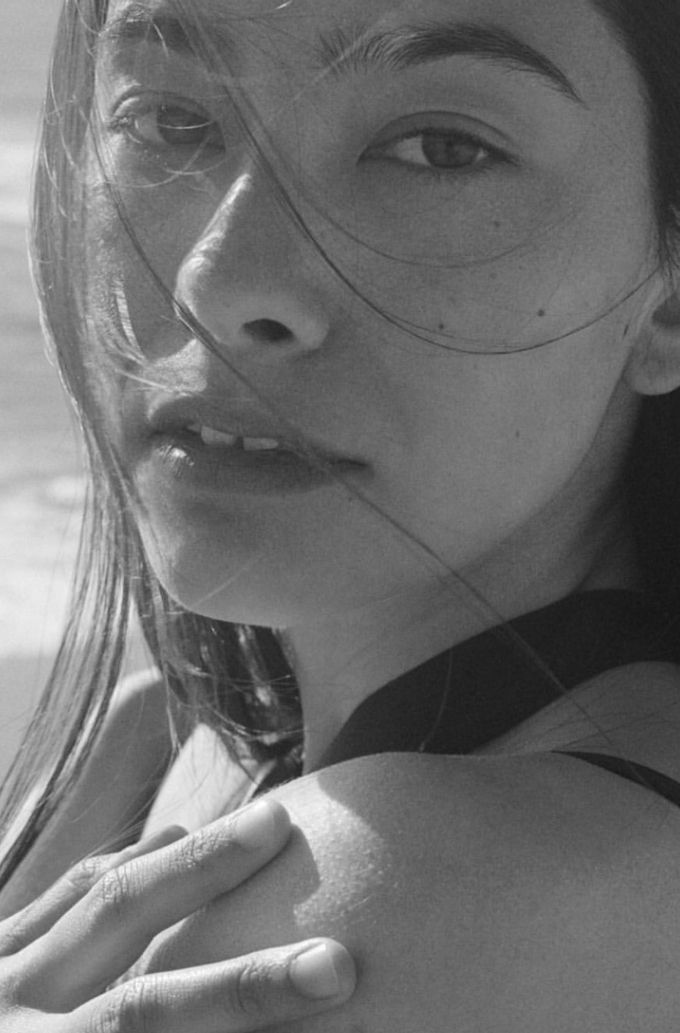 My job before COVID-19 was working part-time at the San Diego Museum of Man, an anthropology museum. I interviewed for an education position and it changed my life because it required a lot of training. I’ve been modeling since 2013. I want to get into film next, I’ve been pursuing that and submitting castings. I’m a model and actress, which is something I hate saying sometimes. When you’re trying to hustle, it feels like the imposter syndrome is taking over.

I love ambiguous brands where there’s not a specific target, anyone can fulfill the image. I look for inclusivity in every aspect. I also do my homework and see if the brands I’m going to potentially work with use BIPOC models. I really love The Break, who I’ve worked with before. What’s amazing is that their clothes can cater to multiple bodies.  Hannah, the founder, has such an eye. She’s always been so open and collaborative with me. When I met her, she only had a pop-store on Norman Ave. Ever since then, we’ve been collaborating. Another inclusive brand I admire is Glossier. When they started, one of the first models was a brown girl. I saw all these ads and I said: Okay, I like this wave.

Modeling is something I always wanted to pursue. My foster sisters really made a huge impact on my life because we would play dress up and take photos at a young age. I had a Facebook account in 2013 and this photographer reached out to me saying he was working from a studio in downtown Atlanta and that I should stop by sometime. I thought maybe I shouldn’t go but my boyfriend at the time, had an aunt that worked at a publication in Atlanta and she verified that the studios were real. She took me so that I wouldn't be by myself. That was my first shoot and ever since then, slowly but surely, through social media, I’ve been open to collaborating with different people and brands started reaching out. I really feel my best when I’m modeling, specifically when people put me in the right colors, the makeup ties with the whole look and I’m given a direction. I’m still trying to figure what's good for me. It’s really nice to be on a set portraying someone’s vision and escape into that.

I did The Break’s Fall fashion show last year and that was my first runway. It was pretty sick! It was one of those rare spaces where everyone was so welcoming, it was wonderful. I was so nervous. When I try to be cool, I get nervous because I feel like they’ll call my bluff. Everybody told me to walk like I was on the way to the train. It wasn’t a pretentious space. It is scary because there’s a shit ton of people just staring at you. Once you’re out there, it’s so nice. People are cheering for you and it feels so rare for this industry.

The direction the fashion industry is going in, from what I’ve experienced, is less pretentious and more transparent, which I really love. We have access to information now and having these tools helps because you can see first hand what people are up to and what they’re doing differently. I think it’s going in the right place, at least for me but there is a lot of work to do. You have these people in castings and those who own these companies, they’re in positions of power. They’ve been around way longer than us and they have instilled specific protocols. It’s gonna take a couple more years for it to be fully how it should be - we have to continue to fight.

My style fluctuates because it mostly depends on the weather. I’ve always held on to jeans and my Converse, I don’t know if that’s a subconscious thing that I do but I always tend to stick with timeless pieces. I try to keep my wardrobe limited and sustainable as well. Before I ever worked, most of my clothes were second-hand, not because it was something glamorous but out of necessity. I was already in that mindset of being sustainable both in consumption and financially. I give a lot of thought to how I spend my money. Investing in a good pair of 501’s for example, that’s definitely something I will always have with me. 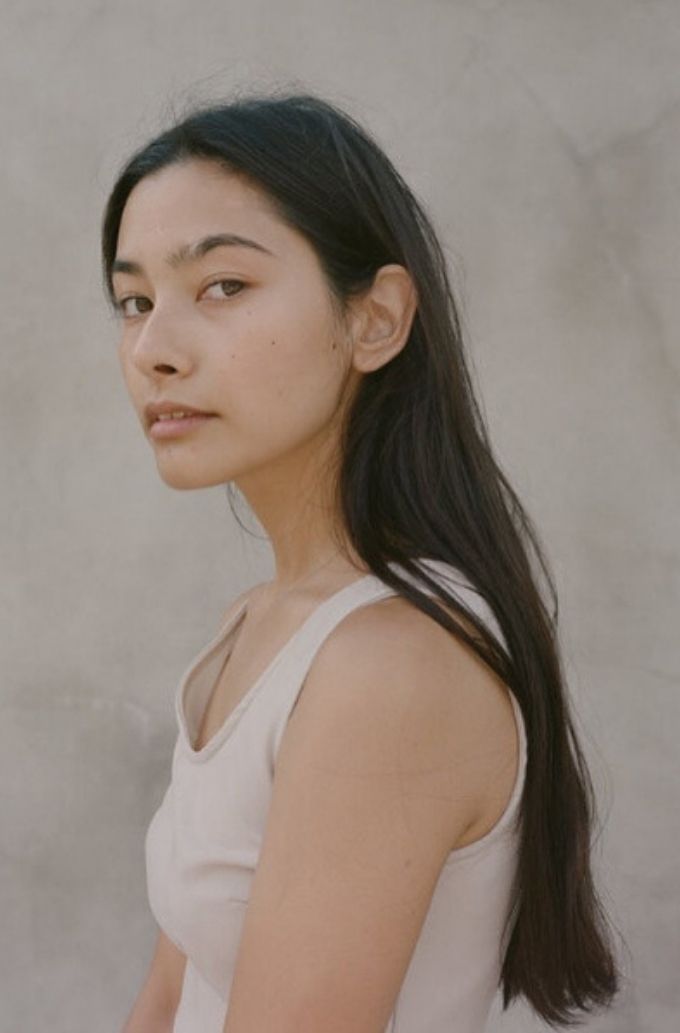 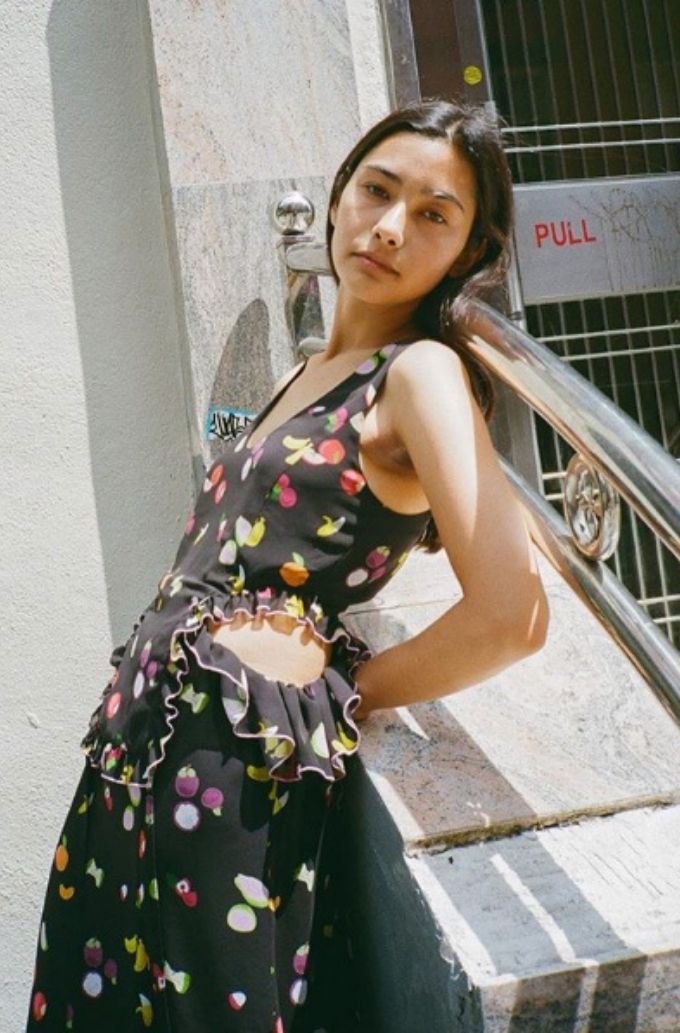 Don’t feel guilty for investing in the food you consume and the water you drink. For a long time, and sometimes I still do feel guilty when I invest in organic produce because growing up, I didn't have the financial means to afford it. If I saw someone eating an organic salad, I would think of the socioeconomic implications of that. Now, I will invest in it and I have the privilege to do it, which is something that I didn’t have before. Do what you can and help others too but always take care of yourself, you’re #1 and that includes what you put in your body.

Before things like Instagram, and even now, my friends are my main inspiration. I always see what they’re wearing or doing. Family is also a source of inspiration. When I was living with my grandmother, she would have these books and letters lying around her house. I would find all kinds of interesting things, everything from artwork to films.

What Would You Be If You Were A Cocktail

I would be a Paloma because she’s refreshing, classic, has great flavor and she’ll keep you happy.