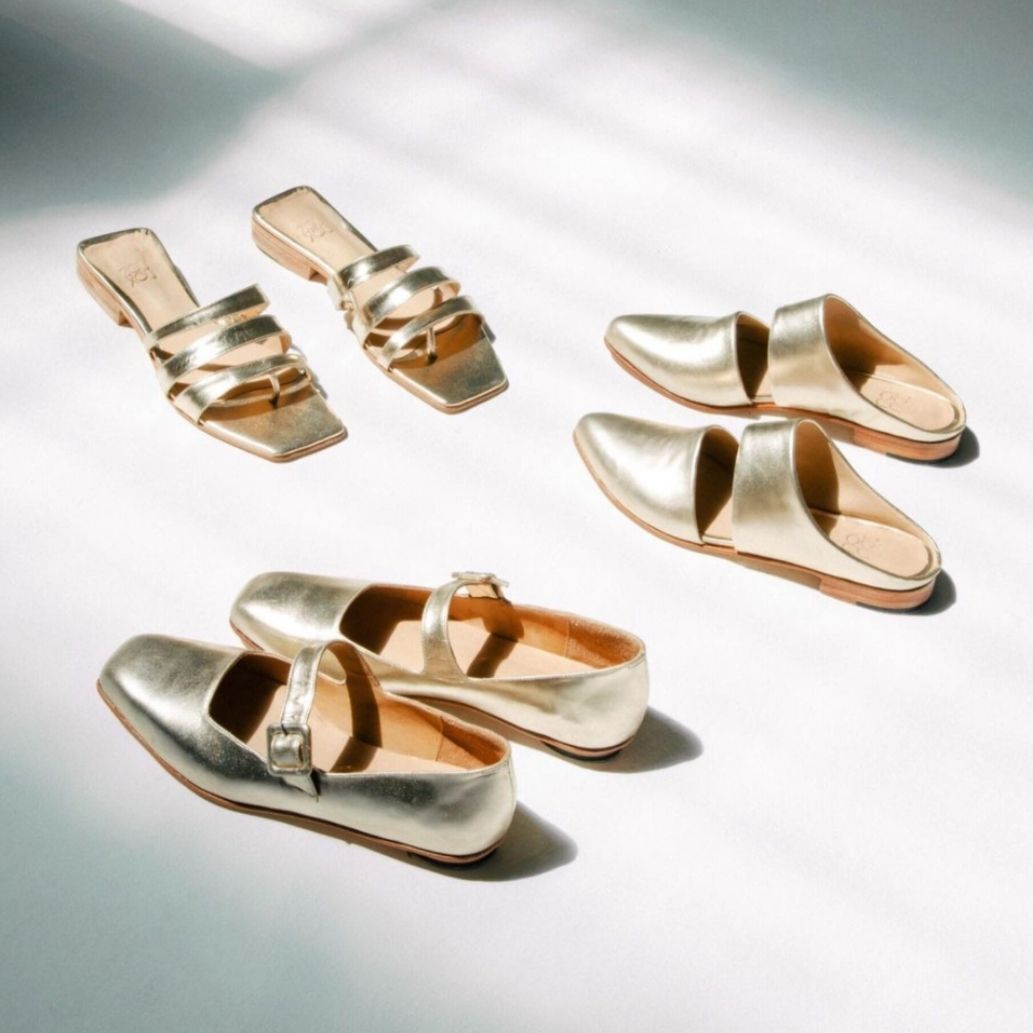 We spoke to Katherine Theobalds, the founder and creative director of Zou Xou, a slow fashion handmade shoe brand hailing from Argentina. She covers the beginning, use of research and intuition, and the importance of getting acquainted with your artistic side.

I was born in Washington, DC and raised in the Northern Virginia suburbs just outside the city. I had the benefit of spending a lot of time in Brooklyn as a kid and later Manhattan as a teen because my grandmother and older sister lived there. So I’ve always liked to consider myself ‘half-New Yorker’. Being in the city resonated with me so much more than being in the suburbs when I was a kid, and still does. I think that’s why my career aspirations when I was younger could be summed up as moving to New York City and being fabulous. I was always drawn to art and fashion - I took advanced art classes, kept sketchbooks of fashion drawings and collected tears from the style section of the Washington Post for years. But growing up in a middle class Black household with parents from an older generation, the message I received was that art and fashion were financially unstable paths that were to be avoided in favor of more practical careers. They needed me to understand that I had to be financially independent after college.

So believing that fashion and art could only ever be hobbies, I put my NYC dream aside and went to a university that my parents could afford to try and figure out what else I wanted to do to make a living. The four years I went to James Madison University were a long identity crisis in which I lost touch with my creativity and cycled through many majors before settling on a degree in a hodgepodge of Social Sciences and a Spanish language degree. My first real job out of college was as an assistant in an interior textile showroom at the Washington Design Center. That is where I was first exposed to people who made their living as designers, and began to see design as a practical option for myself. I got reacquainted with my artistic side through evening art classes at the Corcoran and a jewelry-making side hustle. Two years later I enrolled in a fashion program and moved to NYC.

The Beginnings of Zou Xou

I started Zou Xou almost by accident - and it’s actually a love story! About a year after moving to NYC, while I was still in fashion school I met the love of my life, Mariano, which coincidentally led me to the other love of my life, which is shoe design. When I met Mariano, he had been living in NYC for over 10 years and was about to move back to his native Argentina. He ended up going back soon after we met, but we stayed in touch and a few months later, I flew to Buenos Aires to be with him. This is where I met an outstandingly creative Argentine shoe designer named Chicco Ruiz. Her work was so original that it inspired me to pursue shoe design. It was through her I discovered Argentina’s tradition of shoemaking for the first time. 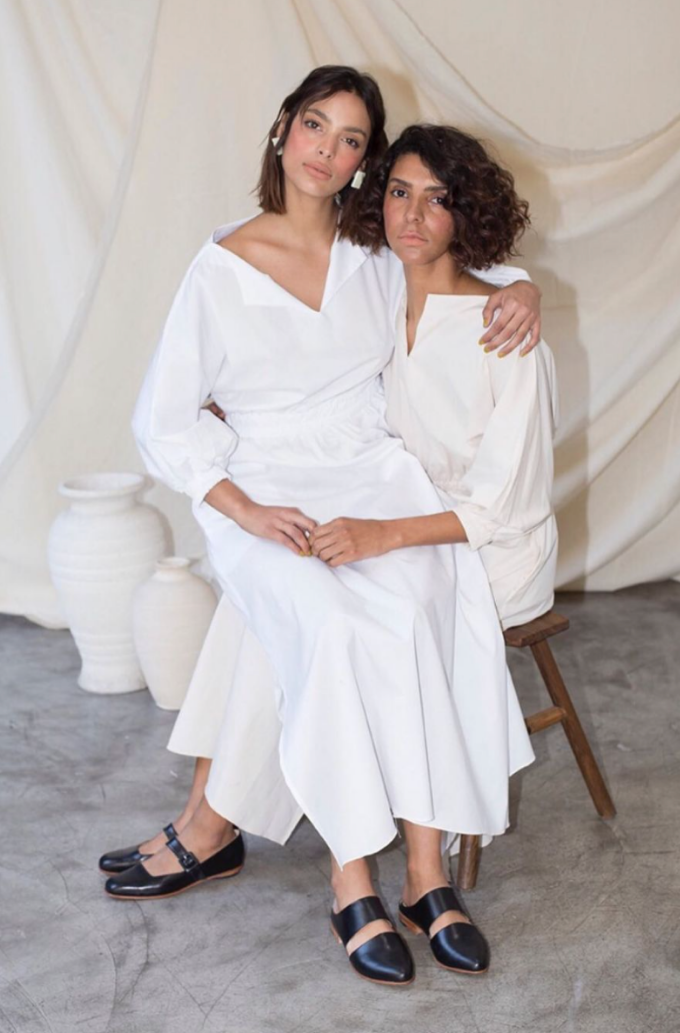 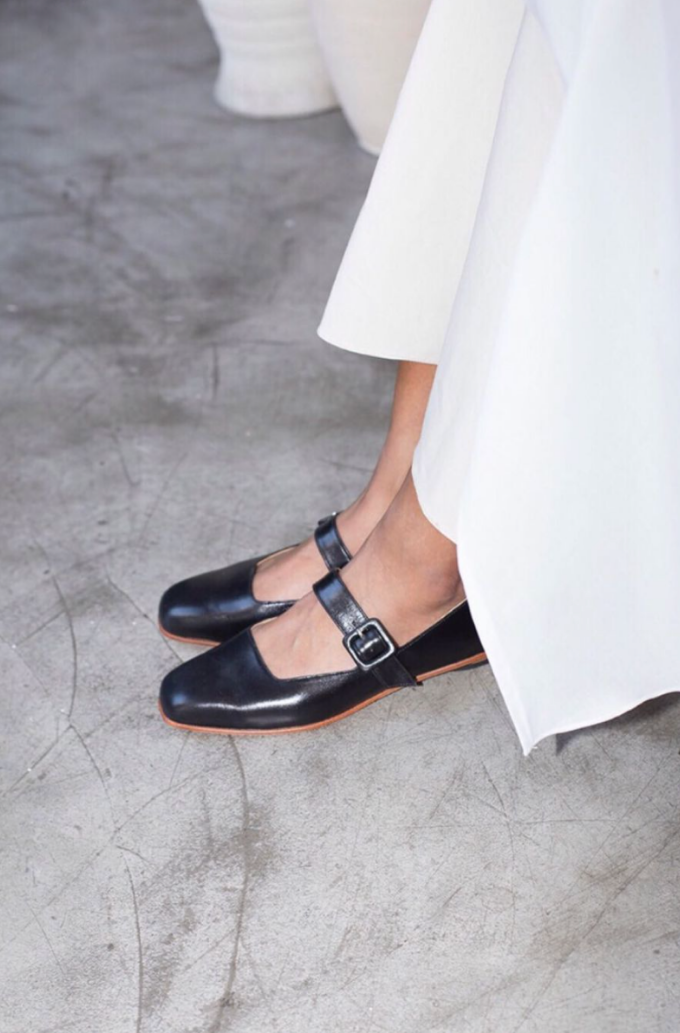 I went back to NYC to finish my fashion program, this time refocusing my coursework on accessories, footwear and technical drawing. I returned to Buenos Aires after the program ended to be with Mariano and enrolled in a shoemaking workshop, but had to go back to NYC after a while to find work. Mariano eventually rejoined me in NYC.  We spent the next few years bouncing back and forth between there and Buenos Aires trying to figure out how to make our relationship and careers work geographically, all the while freelancing and serendipitously gaining shoemaking contacts along the way. After working as a shoe designer for a few years at various companies, I was pretty disillusioned by the realities of the fashion industry. I reached a point where I was miserable in a job that was not giving me what I needed creatively, professionally, or financially. I was in a relationship strained by distance and complicated circumstances.

I started Zou Xou to carve out a space for myself in the fashion industry so I could live a better life that was more in line with my wishes and values. At its worst, the fashion industry can be toxic, elitist, unimaginative and exploitative. I loved being a designer, but I was tired of the racism and classism that pervaded every aspect of the industry. I wanted to be able to do what I was good at without effing anyone else over but I was also tired of being effed over.

Mariano and I wanted to figure out how to make a living in dollars and live in pesos so that we could be together and free ourselves from career paths we knew were leading to unhappiness. On one long trip to Buenos Aires, we decided to put our shoemaking contacts to the test to see if we could get one of my designs made. I decided on a style from my portfolio that had always gotten noticed in interviews. It was a flat slingback style inspired by a Pierre Jeanneret Chandigarh chair. When we succeeded in having it made, I felt hopeful. I returned to NYC for my job but continued to flesh out my collection at night, while Mariano stayed in Buenos Aires and had it all made. Though I had no intention of quitting my day job at that stage, my bosses began to sense my distraction and dwindling interest in my work. When they caught wind of my side project, they fired me. I am so happy they did! I probably would have been too scared to take the leap on my own. After having a freakout and sobbing on the phone to Mariano, my sister and best friend Megan that same day, we unanimously agreed that it was a sign. The next day my sister and I got to work shooting the styles for my website. A few weeks later I hosted my first trunk show for friends and acquaintances and the rest is history.

To develop the designs of the shoes, I always use a combination of research and intuition. A design usually begins with what I want or need for my own wardrobe. For example, when I designed the mule, the silhouette was not yet a trend. It was just starting to get popular among very high-end niche retailers but 2014/2015 was still very much a smoking slipper moment. I coveted the mule silhouette but wanted a version that was more feminine and at a more accessible price point than the ones available. I was living in South Harlem near a neighborhood that’s known as Le Petit Senegal where there are street markets and shops filled with colorful clothing and accessories imported from Africa. I was drawn to the silhouette of the men’s babouche slippers that could be picked up for $20 in any one of these markets. I took a pair home and began to snip away the uppers with a pair of scissors until my mule was born. Most of my designs are inspired by vintage shoes or classic silhouettes that have been around for ages, but I also use my desires and intuition to make them my own and guide me to what I feel is most relevant at that moment.

The Art Of Handmade Shoes

It’s very important to me to continue to have the shoes made by hand because I feel it’s important to support artisans who practice traditional crafts. I greatly value their skills and knowledge because it’s ancestral. I love objects that have character and feel there’s no substitute for the touch of the human hand. I’m worried about the craft disappearing, and about the livelihoods of the craftspeople who I’ve come to know. I’ve felt this on an individual level from the beginning, but I now realize that it connects to the global movement against economic inequality and unbridled capitalism and consumption. I also have to recognize that if it weren’t for this dynamic of a dying industry, there wouldn’t be independent craftspeople available to manufacture the small quantities that have allowed me to build my business slowly and sustainably. They would all have jobs at factories whose minimums would have been a barrier to entry for me as a self-funded business owner. 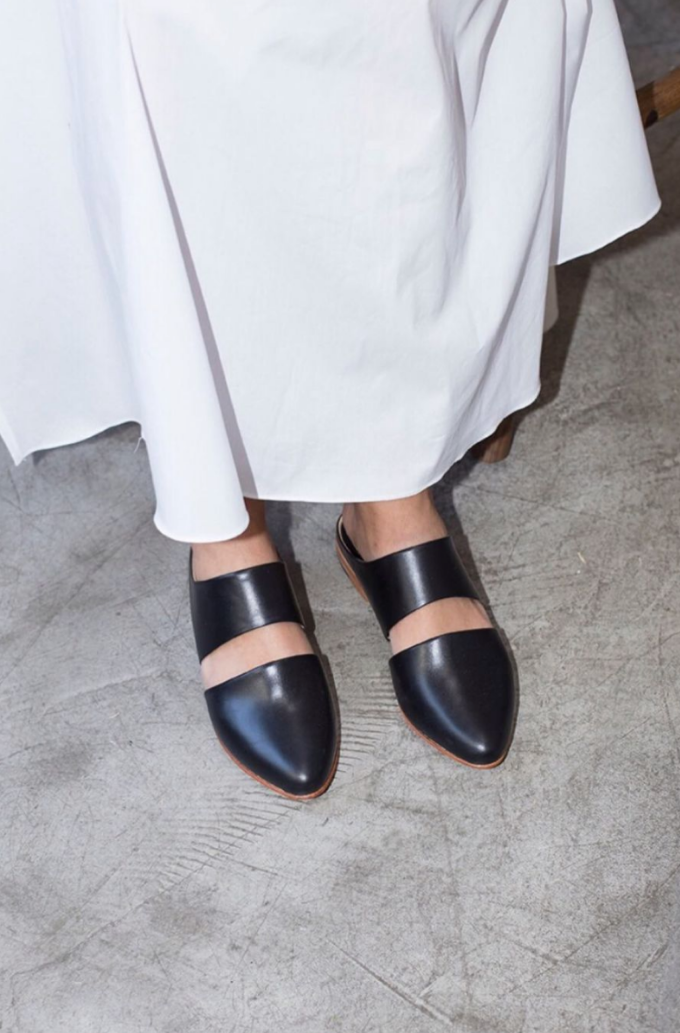 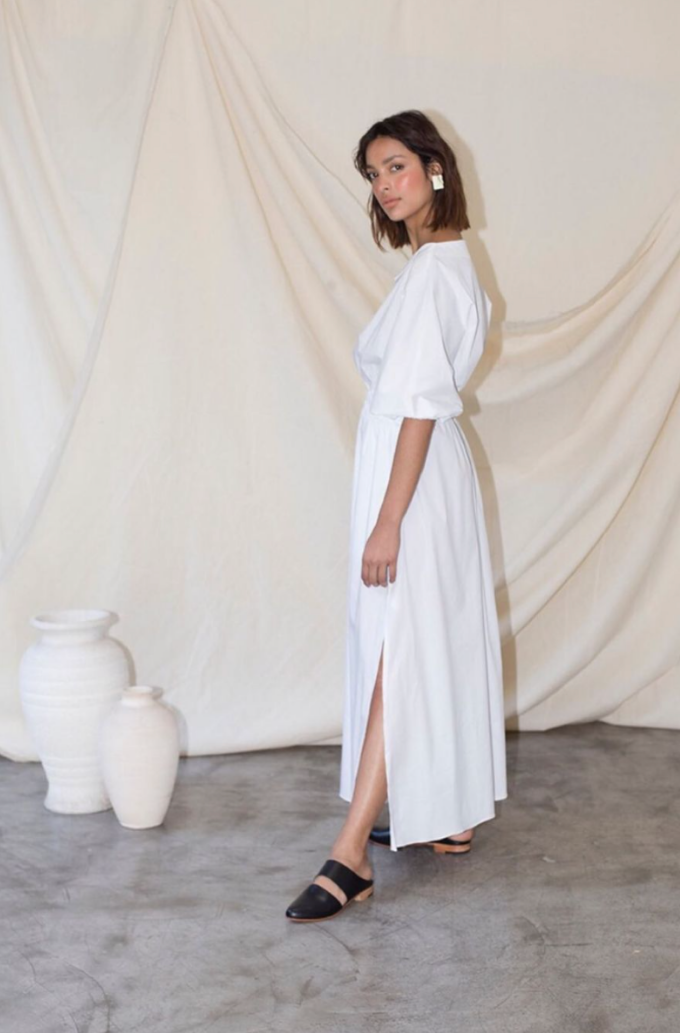 Shoes Designed For Women Who Dress For Themselves

I think women who dress for themselves define what makes them feel most attractive based on what makes them feel most comfortable. It’s about wearing what makes you feel most like yourself. It’s about standing out in an interesting way rather than simply conforming to a patriarchal idea of beauty which sometimes asks us to sacrifice comfort or function. It’s recognizing that we can wear things that are comfortable, practical, masculine, modest or even weird and be wildly attractive and powerfully feminine at the same time.

Challenges Of A Small Business

The best part of owning my own business has been the independence and flexibility. I can honor the natural ebb and flow of my creative energy. Of course there are always customers to answer to, schedules and revenue targets that must be met in order to stay in business, but there’s no rule that says we need to work M-F from 9-6. The most rewarding part is interacting with people who appreciate what we do. The most challenging part is also the independence! Staying motivated when we’ve had a slow month and having a limited budget to dedicate to growth are things we have to deal with from time to time. Also, making shoes is complex! Navigating the challenges of making shoes in an economically unstable, geographically spread out place, is a constant. This business is my life and there really isn’t a line between the personal and the professional.

That is hard! If I had to choose, I would go with the Eugenia flat as my all-time favorite! It is by far the most versatile and atemporal.